In discussions of how leaders can be recognized, a short answer is frequently proposed that an observer can recognize leaders by the presence of followers. Describing a person as a follower seems to imply that the follower, to at least some degree, is willingly adhering to the direction of the would-be leader. In observing groups of many types during the past several months and years, a recurring question for me is whether willingness has anything to do with followership. Is it sufficient for one person to be described as a leader and another as a follower if the so-called follower is aligned with the vision or direction of the so-called leader and not necessarily with the person? If the presence of a follower helps define or identify the presence of a leader and the follower is pursuing a concept or ideal rather than the specific individual promoting that concept or ideal, is the person leading, or is, somehow, the concept or ideal really in the role of leader?

If I can only lead people where they want to go, where they would be inclined to go with, or without, me, how can I legitimately consider myself a leader? Can anybody else legitimately assert that I am a leader if I am only followed because I happen to be moving in front of a mass of humanity who are simultaneously heading in my direction? What if I am more properly described as being pushed in the direction of the masses, I may be in front of the pack, but it would seem that I am not leading.

Somehow, I may only be able to consider myself a leader, within the contexts presented in the posting, if people are following me, even if they would not have gone there without me.

As 2010 begins, my hope for the year, and beyond, is that leaders will devote more time and energy to giving people positive reasons to follow them and, conversely, less time and energy to simply decrying or demonizing those who disagree with them. Regardless of political affiliation or national origin, people in leadership positions seem to have forgotten or abandoned the idea that having a position of leadership does not make a person a leader.

As we move into 2010, I hope that people who want to be perceived as leaders start acting more like leaders and start demonstrating leadership, who spend less time speaking against others and more time discussing why people should follow them, and who demonstrate vision, integrity, confidence, courage, compassion, and humility as they model behavior worthy of emulation. 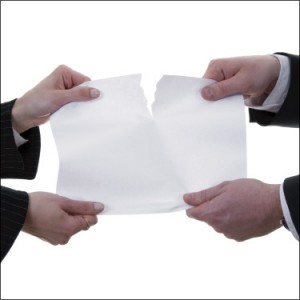 Conflict takes multiple forms. An obvious form is when people take up arms against one another. I recently completed a doctoral dissertation looking at perceptions about leadership that may be useful when Northern Uganda emerges from conflict. While I am accustomed to expressing my own opinion on various topics, one challenge of my dissertation was to address the perceptions of leaders in the Acholi sub-region of Northern Uganda without injecting my personal views. I found many points of consensus and lack of consensus among more than 50 leaders in that part of the world; one hope of mine is that the leaders of the region can build on their areas of consensus and take steps to seek consensus, or an agreement to disagree, on those points where consensus did not emerge.

Businesses also find themselves in periods of conflict and post-conflict. Periods of change are one source of perceived conflict. Change can be driven by market forces, by competitors, or by strategic change such as bankruptcy, merger, or acquisition. One observation, based on 25 years as a business consultant, is that organizational leaders must somehow build on points of consensus and address points of non-consensus in order to sustainably emerge from comparative conflict toward a sense of progress, if not peace.

Some who find themselves in positions of leadership, whether in a nation, a region, or a business, will find that their historic leadership practices and roles are somehow less suited for the new context in which they must, or may, lead.

Leadership in Post-Conflict Business
Businesses emerging from bankruptcy, mergers, acquisitions, and significant strategic change may exhibit symptoms similar to geo-political regions emerging from armed conflict. Leaders may need to help colleagues and constituents define new roles and responsibilities. Leaders may need to mediate skirmishes over turf. Leaders will need to clarify and reinforce a new vision and help constituents buy into the new vision by using tools and techniques to engage the constituents in the development of strategies and action plans to achieve the new vision.

Leaders in businesses emerging from conflict may need to help their colleagues reconcile with one another and with new realities. In conjunction with their reconciliation role, leaders may need to be intentional about verifying the end to historic conflicts so that an emerging period of peace is not interrupted by a resumption of conflicts that never were fully resolved.

Just as sustained economic development may not be possible in regions emerging from conflict until there is a cessation of violence and until effective leaders emerge to champion peace, growth in the wake of periods or episodes of conflict in a business may not be possible until leaders take appropriate steps to secure the peace and pursue a plausible vision for the future.